The Walker Bay Orchid Society annual show was held from 19-21 September with Thursday 19th reserved for judging of the members' plants by the official SAOC judges. I arrived early on Thursday morning to assist with putting things together and placing the plants into their respective sections and classes (not as simple as you might think!). After doing some quick name changes and moving of pants around into their correct classes, all was set for the judges who arrived that afternoon. I watched their every move. There were three judges and I followed them around as they went from plant to plant in each class and section (about 167 classes in total if I remember correctly). I was very surprised at the turnout by the members. There was a huge diversity of species and hybrids on display and there were some which I had my eye on! I took a number of photographs of many different types but I just could not get all of them. I have included the best images here below and this time I also remembered the details too! The Grand champion was a beautiful Phalaenopsis i-Hsin Sesame (Monalisa Smile). The Reserve champion was a lovely velvet red Cymbidium Sensational Tapestry Purple Berry. Both are owned by Jan Smit. I received a couple of awards for some of my plants that I displayed; first in class for Dendrobium speciosum var. Boreale, second in class for Dendrobium kingianum and Cymbidium "Bulbarrow", Third in class for Prosthechea cochleata, and a first in section, first in class and special commendation for Holothrix cernua. Despite the bad weather the turnout of the public on Friday and Saturday was excellent and we all had a great time chatting about our plants and making a bit of spare cash from our sales. I bought a couple of plants from a fellow member and I also came home with the chairman's Angraecum eburneum after I pollinated its flowers with pollen from another member. I hope the attempt at pollination takes!
Unfortunately my Bonatea speciosa didn't make the show and it still hasn't opened any of its flowers. This cold weather we have been having slowed many of my plants down and a number of our members had the same problem with some of their plants. There is always next year though.


Posted by Dr David Vaughan at 3:58 AM No comments:

With a slight warming in temperatures over the last week I finally have some more blooms open and to photograph. My Satyrium odorum has grown into a massive monster! It obviously likes the fertiliser I have been giving it. This year's Dendrobium nobile flowering has been rather disappointing. Much less blooms than last year! I attribute this to the poor light conditions we experienced this past winter. Still, the flowers it did produce are attractive and pleasing. My Dendrobium kingianum plants are just starting to open their first flowers now but D. delicatum is not much to speak of this year. The Corycium orobanchoides produced some flowers although short-lived. Quite an odd little chap with an odd smell to match. Recently I saw a little colony of these on someone's lawn I drove past here in Hermanus. My faithful Cymbidium is in full flower and always pleasing to the eye.
Posted by Dr David Vaughan at 12:14 PM No comments:

It is not easy to get hold of coconut water here in South Africa and yet it is a wonderful additive to use for orchid tissue culture. Coconut water has been used in plant tissue culture as far back as the 1940s and more recently many publications have confirmed its effects on stimulating cell differentiation and proliferation in a variety of orchids grown in vitro. Coconut water is the liquid suspending the developing endosperm of immature coconuts. As the coconut matures the properties of coconut water also change and it is the coconut water from young immature coconuts which are still developing which contains most of the ingredients which are beneficial for stimulating cell response in orchid tissue culture. In addition, the composition of the coconut water also differs from cultivar to cultivar and between geographic regions. I recently read a very interesting review paper on coconut water which goes into some lengthy detail regarding these variables which other papers unfortunately do not include. The review, Prades, A., Dornier, M., Diop, N., and Pain, J. P. (2012) Coconut water uses, composition and properties: a review. Fruits 67(2): 87–107 is available at the following DOI: 10.1051/fruits/2012002 or from the journal webpage: www.fruits-journal.org. In another paper published in 2012, Nambiar, N., Tee, C. S., and Maziah, M. (2012) Effects of organic additives and different carbohydrate sources on proliferation of protocorm-like bodies in Dendrobium Alya Pink. Plant Omics Journal 5(1): 10–18, coconut water used at 10% as an additive to culture medium together with sucrose resulted in a 400% fresh weight increase in protocorm-like bodies in four weeks. Similarly, coconut water was responsible for successful germination and further protocorm differentiation and further growth of Grammatophyllum scriptum when sown on Knudson C (very basic basal medium compared to some others) – Abbas, B., Listyorini, F. H., and Amriati, B. (2011) In vitro seeds germination and plantlets development of Grammatophyllum scriptum Lindl. (Orchidaceae). International Research Journal of Plant Science 2(5): 154–159.
So what’s in it then? I have taken the below information from the Wikipedia article as cited. Although the table highlights the nutritional components of consideration for human consumption it does not list the phytohormones or cytokinins which are responsible for the stimulation of the orchid cells in tissue culture. According to Prades et al. (2012) nine cytokinins have been identified from coconut water including Zeatin-o-glucocide, Dihydrozeatin-o-glucocide, trans-zeatin-riboside-5-monophosphate, Kinetin (free-base and riboside), Gibberillins (GA1 and GA3), Indole-3-acetic acid, and ABA (Absciscic acid). One of the most important points which Prades et al. (2012) make in their review is that although coconut water has been shown repeatedly that it is of benefit for use in orchid tissue culture, without controlling for each of these phytohormones separately, it is impossible to know which one(s) are having the desired effects. Alternatively, could combinations of these phytohormones be working together to create the desired effects, and could this be optimised for controlled use of these phytohormones in future orchid tissue culture? This is especially relevant taking into consideration the obvious variation of the constituents of coconut water between geographic localities and between coconuts of different ages of maturity. In other words, although we use coconut water in orchid tissue culture we still don’t actually know that the results will be scientifically repeatable… Other questions which also need answering include whether any of the phytohormones are destroyed or negatively influenced by heat during autoclaving.
One thing is certain though. Coconut water does work (and after autoclaving). I have used it previously with great results at 10% in the medium. I recently found a supplier here in Hermanus selling the King Island Coconut Water brand at a local health shop. I was most surprised so I bought a few (250ml tetrapak boxes) and decanted them into glassware to freeze for future use. I previously could only get young coconut water frozen from the Wellness Warehouse in Cape Town and only when they had limited stock available from their supplier in Mozambique. In July 2011 I was furiously making thousands of various species at home and was consuming much coconut water (when I could get hold of it). It just so happened that at the height of my addiction to coconut water, Kylie Minogue was in Cape Town for her “Aphrodite” world tour and happened to send out one of her minions to the Wellness Warehouse to purchase what coconut water they had for her to use in her breakfast while staying in Cape Town. I had sent out our work’s driver who was to return from an errand past the Wellness Warehouse to purchase ALL the bottles of frozen coconut water on the same morning. As Murphy would have it, as the driver was paying for the bottles at the check-out counter, there was much flustering from the late-arriving minion who was told that he (the driver) had the last of it. I received a frantic phone call from the driver with a passionate plea from the minion to part with my coconut water… and you guessed it, I kept every last bottle! I did feel a little guilty though (to all those die-hard Kylie fans out there) but if I recall correctly, I had my own “Aphrodite” to consider at that time… Phalaenopsis aphrodite! Sorry Kylie, you are beautiful but so are my orchids…
So, to redeem myself I have done some digging and thanks to Ntsoaki Phillips from Harrewyn Organics, King Island Coconut Water can be obtained from the following additional suppliers in the Western Cape, Kylie: Die Boord (Stellenbosch) 021-8879400, Faithful to Nature (Sunnydale) 021-7853268, Ethical Co-op (Philippi) 021 3710216, Health Matters (Seapoint) 021 434 5490, Organic Living (Constantia) 021 794 5078, Spar Cape Quarter (Constantia), The Good Stuff (Claremont) 021 674 4380, The Healing Tree (Seapoint) 021 439 8147, The Health Kick (Somerset) 021-8523733, Yoga Life (Waterkant) 021-418 2884. 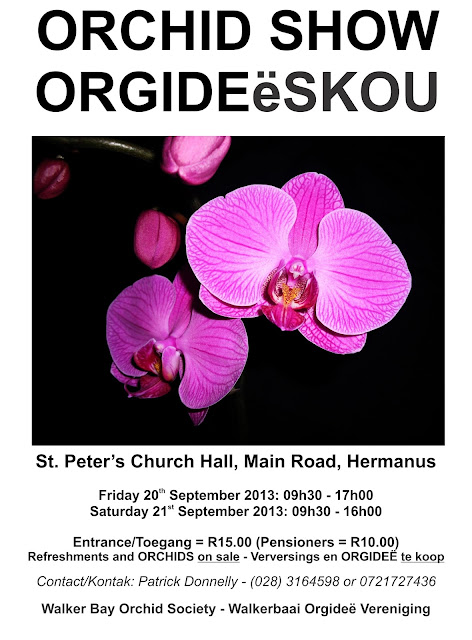 Posted by Dr David Vaughan at 2:21 AM No comments: