I have some first time bloomers currently opening their first flowers for me. It is really hot and dry today outside so I have been spending much of the day just keeping things moist, especially the seedlings.
The first species in flower is Lockhartia oerstedii, a species from central and South America. It has the most amazing leaves which is why I purchased this one in the first place. The flowers are equally interesting and are very delicate, hanging from between the leaves in small bunches. Mine likes to be quite wet. It is mounted on a smal slab of cork and is misted automatically each day for 1 minute every hour.
﻿﻿﻿﻿﻿﻿﻿﻿﻿


The next one is Panarica brassavolae (peviously Epidendrum brassavolae). It is also a species from central and South America and also likes to be a bit wetter than other species. My plant is flowering for the very first time and the flowers are only just opening today after a very long wait! This plant is potted up in bark chips but I have mounted the pot close to the Lockhartia so that it also get the same watering regime.
Last but not least is a beautiful yellow Phalaenopsis hybrid. Although the flower shape is not perfect, and I wouldn't consider entering this one into a show, the colour is amazing and very pleasing - nice little chap. 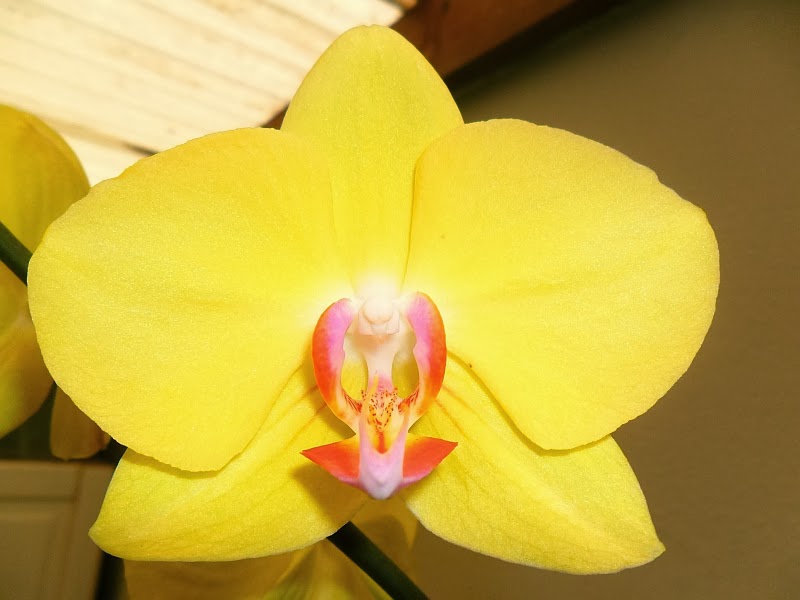